Saturday’s May Day protests in Oakland began with a caravan rally through the city. But it ended with arrests in two separate incidents involving police officers.

According to the Oakland Police Department, seven people were arrested for various crimes including assault on an officer, assault with a deadly weapon on an officer and resisting or obstructing an officer.

There was also a large police presence during the Oakland May Day protests. Video from the scene showed a line of police officers dressed in tactical gear marching through the streets.

Organizers of Saturday's event focused in many issues related to the pandemic that have affected workers, including employee rights, immigrant rights, healthcare and housing security.

In another incident, a group of people broke into a vacant house in west Oakland.

One of the people who broke into the home told NBC Bay Area that the vacant unit is owned by an out-of-state investment company called SMC. The group said they wanted to show that the homes in the area were standing vacant while people are dying on the streets. The group added they wanted the homes to be taken over by the community.

NBC Bay Area’s Sergio Quintana was not able to contact SMC, the owner of the property to ask about the occupation. 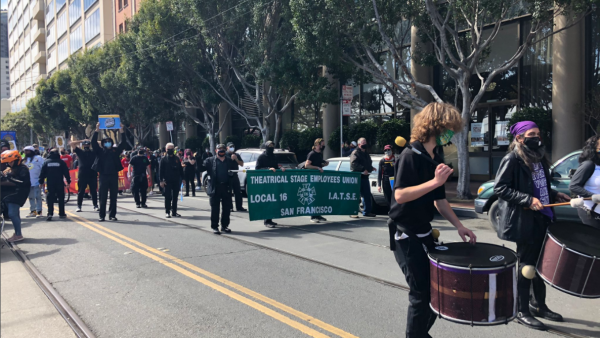 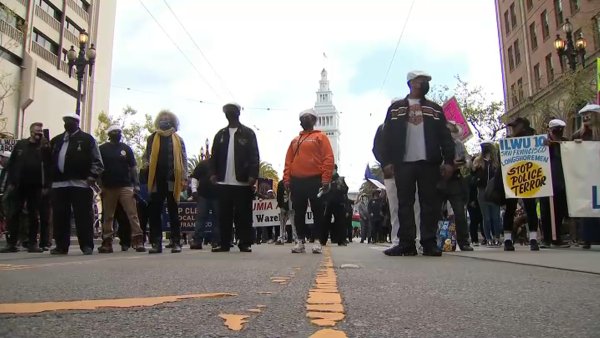 Live Blog: May Day in the Bay Area

The event started at the Lake Merritt BART station. On the International Day of the Worker, labor rights and equality is still the main focus.

"These billionaire corporations have hundreds of millions of dollars and they're able to vote with their money. We're only able to vote with our people power,” said Erica Mighetto, the May Day Oakland event organizer. “And so, it's important that we show up in our large numbers, internationally, to support organized labor because it's our only chance against these billionaire companies."

A few participants even brought their children to the caravan protest. Oakland’s Devonte Jackson brought his nephew.

"I definitely want him to know that a world that values the labor of everyone is important. So, we're out here to support low wage workers,” he said.

No property damage has been reported.