EXPLAINER: a Look at West's Toughest Sanctions Yet on Russia

Two of the key new measures target the heart of Russia's financial system, its Central Bank, and cut an unspecified number of Russia's banks off from the SWIFT financial network

The United States joined European allies Saturday in dramatically escalating financial penalties against Russia over its invasion of Ukraine, after the West’s initial rounds of sanctions failed to deter Russian President Vladimir Putin in his military offensive.

Two of the key new measures target the heart of Russia's financial system, its Central Bank, and cut an unspecified number of Russia's banks off from the SWIFT financial network. SWIFT is a vital element of global commerce and banking that moves money from bank to bank around the world.

U.S. and European officials made clear they still were working on implementation of the sanctions, and said they would take care not to impact European purchases of Russian natural gas.

U.S. officials said the moves would send Russia's ruble currency crashing in value, and intensify its isolation financially. It's the latest and toughest in days of new sanctions since Russian forces moved into Ukraine late last week.

A look at Saturday's measures and earlier ones. In all, they potentially amount to some of the toughest sanctions imposed on any nation in modern times. 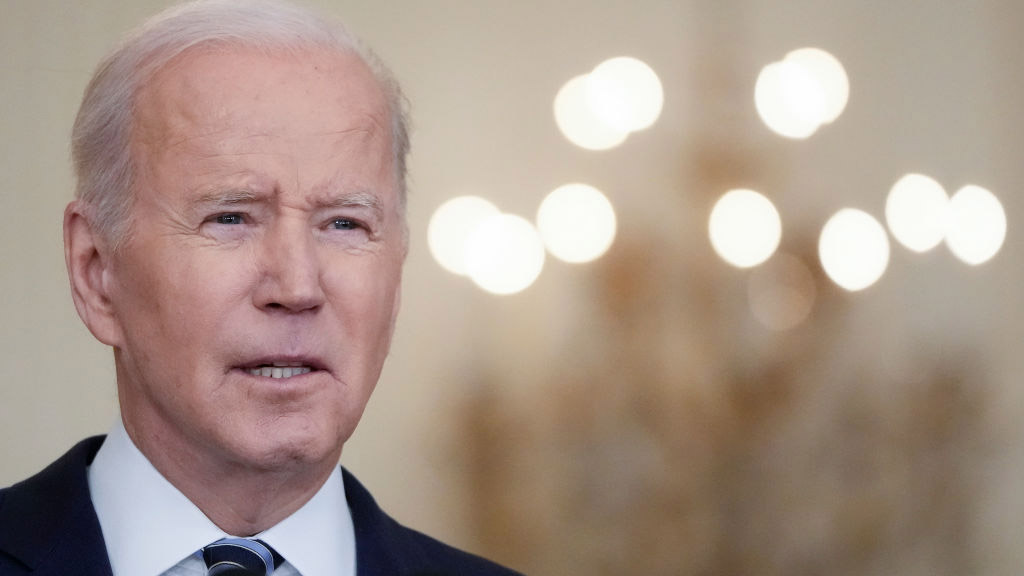 US, Allies Unite to Limit Russia From SWIFT Banking System 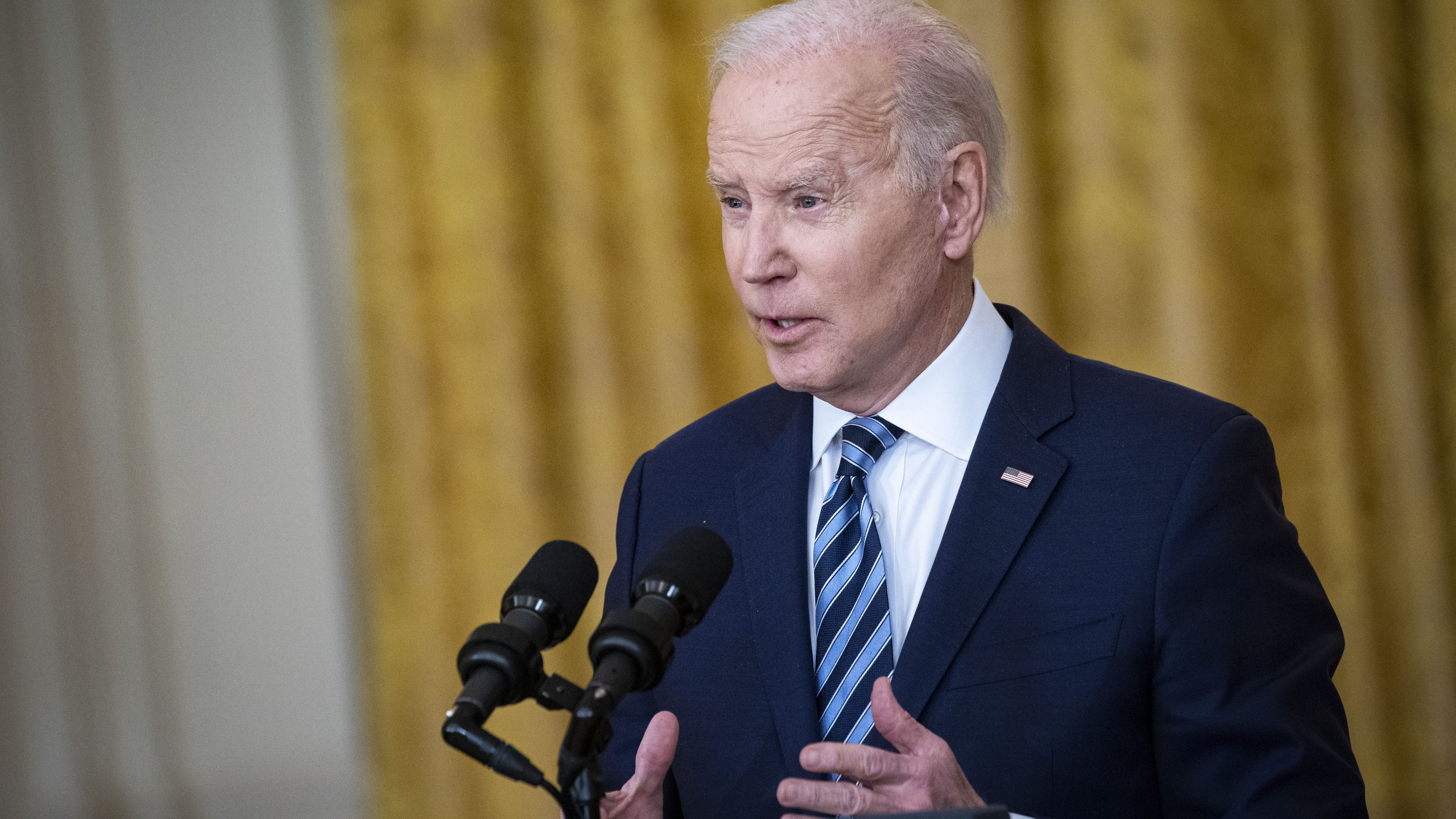 What Is the SWIFT Banking System That Could Be Used as Sanction Against Russia?

The new restrictions that the United States, European Union and United Kingdom announced for Russia's Central Bank would limit the Kremlin's ability to access the more than $600 billion in reserves there. If the West is able to implement the Central Bank restrictions as it aims to, it will cripple Russia’s ability to keep the ruble from crashing in value amid the tightening Western sanctions.

Specifically, by limiting Russia’s ability to sell off its international reserves, the Central Bank measures mean the Kremlin would lose its best tool to prop up Russia’s currency.

Bank runs, as Russians line up at banks to try to get their ruble deposits and convert it into the safer dollar, will likely worsen, said Clay Lowery, executive vice president of the Institute of International Finance. And the run on dollars inside Russia would cause a drain on the central bank's reserves.

Combined with the new SWIFT limits announced by Europe and the United States, the Central Bank measure is "likely to cause serious damage to the Russian economy and its banking system,” Lowery said.

Going after a country’s central bank is a rare but not unprecedented move by the international community, and a powerful one.

Saturday’s move includes cutting key Russian banks out of the SWIFT financial messaging system, which daily shuffles countless billions of dollars among more than 11,000 banks and other financial institutions around the world.

Allies on both sides of the Atlantic also considered the SWIFT option in 2014, when Russia invaded and annexed Ukraine’s Crimea and backed separatist forces in eastern Ukraine. Russia declared then that kicking it out of SWIFT would be equivalent to a declaration of war. The allies — criticized ever after for responding too weakly to Russia’s 2014 aggression — shelved the idea back then. Russia since then has tried to develop its own financial transfer system, with limited success.

The U.S. has succeeded before in persuading the Belgium-based SWIFT system to kick out a country — Iran, over its nuclear program. But kicking Russia out of SWIFT could also hurt other economies, including those of the U.S. and key ally Germany.

The disconnection from SWIFT announced by the West on Saturday is partial, leaving Europe and the United States room to escalate penalties further later.

Western officials held off from including the SWIFT ban in the first rounds of sanctions, partly because of the collateral impact it would have on other economies that buy Russia's oil and natural gas.

Officials said they would work to limit the impact of the restrictions on other economies and European purchases of Russian energy.

CUTTING RUSSIAN BANKS OFF FROM THE U.S. DOLLAR

That includes Russia's two biggest: state-owned SberBank and VTB. Combined, they hold almost $750 billion in assets, the U.S. said, which is more than half of the entire total in Russia.

Thursday's sanctions on the banks wield the unique power the U.S. has through the dollar, the currency of choice in business transactions around the world.

The targeted banks normally do tens of billions of dollars in business in dollars daily. The U.S. is now cutting them off from the U.S. financial system and U.S. dollar. The aim is to make the most ordinary business matters as well as international trade far more difficult for the banks, and Russia.

Other U.S. measures target key state-owned and private businesses in Russia, aiming to make it harder for them to raise money to invest and operate.

The U.S. also went after more of Russia's elites, sanctioning bankers and other powerful associates of Putin in Russia's top financial, political and security circles.

Export controls announced by the Biden administration earlier in the week featured another especially strong piece of leverage the U.S. holds — America's semiconductors and other advanced high-tech gear.

President Joe Biden said new U.S. export limits will deprive Russia of more than half of its current high-tech supply. It will “strike a blow” to Russia's aims to modernize its military, its vaunted aerospace industry, its space program, shipping and other industry, he declared.

By “reducing their ability to compete economically,” the high-tech limits will be a "major hit to long-term strategic ambitions," Biden said.

U.S. export controls are expected to deprive Russian industries and the military of the high-tech U.S. components that help warplanes and passenger jets fly and make smartphones smart, along with other software and advanced electronic gear that make the modern world run.

The U.S. said the European Union, Japan, Britain and other countries were also cooperating in the move to starve Russia of high-tech components.

The U.S. response could add Russia to the most restrictive group of countries for export control purposes, putting them with Cuba, Iran, North Korea and Syria.

They limit Russia’s ability to obtain integrated circuits and products containing integrated circuits, due to the global dominance of U.S. software, technology and equipment. The impact could extend to aircraft avionics, machine tools, smartphones, game consoles, tablets and televisions.

However, U.S. export restrictions would risk motivating businesses to look for alternatives elsewhere, including China.