Immigration court closures around the U.S. caused by COVID-19 have delayed thousands of cases scheduled for this spring, with some hearings moved years down the line.

Now sources tell the NBC Bay Area Investigative Unit that that this crushing backlog may have serious consequences for teens who entered the U.S. as unaccompanied minors seeking asylum. Sources close to the immigration system tell the Investigative Unit that those teens who have legitimate asylum cases scheduled in U.S. Immigration Court now are having those hearings postponed, meaning they could run out of time and face deportation if their cases are further delayed.

According to the Executive Officer for Immigration Review (EOIR), a branch of the US Justice Department that oversees and runs immigration courts, nearly three quarters of the country’s immigration courts have postponed all in-person asylum hearings until at least May 29, 2020.

Immigration attorney Gautam Jagannath says those closures have already made a profound impact on the system and a backlog that was already at a crisis point before the coronavirus swept the country.

Jagannath, along with attorney Emily Abraham, co-founded the Social Justice Collaborative located in Berkeley. He and Abraham both represent many immigrants seeking asylum but who are having their hearings postponed. Those people could now see their asylum cases pushed back to 2023.

“All of these cases that were set for trial are going to get reset. And when they get ‘reset’ it means typically that they will go to the end of the calendar because the other cases that exist can't get canceled once the shutdown ends,” Jagannath told NBC Bay Area.

Even before the pandemic, U.S. Immigration Courts faced a growing backlog of cases. According to data from Syracuse University’s Transactional Records Clearinghouse (TRAC), as of March 31, 2020, the nationwide backlog reached 1,129,890 active pending cases. 179,635 of those cases are in U.S. Immigration Courts located in California.

In response to our questions about the impact of COVID-19 on immigration court, EOIR spokeswoman Kathryn Mattingly said “All non-detained hearings scheduled through May 29, 2020, have been postponed. EOIR takes the safety, health, and well-being of its employees very seriously, and will continue responding to this rapidly evolving pandemic, while ensuring the continuation of its critical missions and updating the public regarding the status of its operations as decisions are made. EOIR is deeply committed to protecting the health and safety of its employees and the individuals conducting business before the immigration courts.”

Though Mattingly couldn’t immediately tell The Unit how many cases the COVID-19 shutdown will directly impact, TRAC calculated that in early 2019, when the federal government shutdown over a budget dispute, about 20,000 cases a week were added to the immigration court backlog.

Delayed hearings for those who entered the country as a juvenile are even more problematic because their clock is ticking. The longer they have to wait for their day in court, the older they get and they run the risk of losing what’s called “Special Immigrant Juvenile Status (SIJS),” which provides special protections and benefits in the court system. SIJS expires when a person turns 21.

NBC Bay Area spoke to one East Bay resident who is currently waiting for an asylum hearing scheduled for May 15, 2020. Two and a half years ago, the young man walked four days across the Mexican desert to reach the U.S. border when he was 17 – fleeing gang violence in his home country of Honduras.

He did not want to reveal his identity due to safety concerns, but says he’s already had one court date in San Francisco postponed and fears he could get deported if his case is delayed again.

The asylum seeker’s attorney, Emily Abraham told NBC Bay Area she has several clients who are now at risk of having their court dates pushed back past their 21st birthday, jeopardizing their juvenile status.

“There's no rhyme or reason to a lot of what's going on. And it's really difficult for us because there's a lot of agencies involved,” Abraham said. 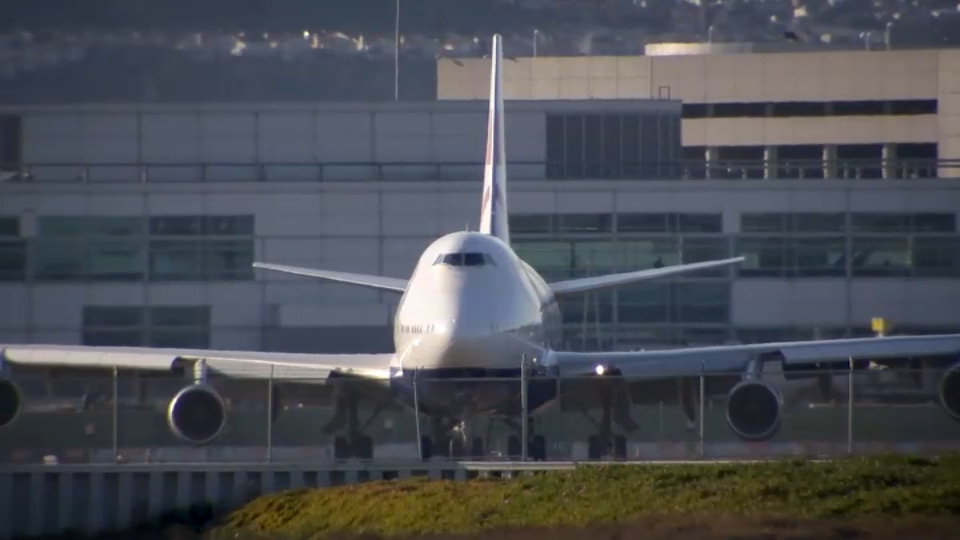 “We are in a new territory,” said U.S. Immigration Judge Ashley Tabbaddor.

Judge Tabaddor, of Los Angeles, spoke to NBC Bay Area in her role as president of the National Association of Immigration Judges (NAIJ), the U.S. Immigration’s Judges’ union.

Judge Tabaddor says the current million plus case backlog will only get worse due to the coronavirus crisis and systemic mismanagement. Unlike criminal and civil federal judges, U.S. Immigration judges are not part of the independent judiciary and therefore can’t control their own calendars and caseloads. U.S. Immigration Court judges technically work for the U.S. Attorney General through the U.S. Justice Department and therefore have to meet quotas and answer calendar demands set by U.S. Justice.

“I think this crisis or the highlights, the fundamental flaw of having an immigration court in a law enforcement agency with a history of being treated as an extension of the law enforcement arm of the executive branch. So we enter into this massive pandemic, extremely mismanaged, extremely focused on the wrong mission,” Judge Tabbador said.

“We're in for a rough ride because it is going to involve further mismanagement, further micromanagement and frankly, a disconnection with what it requires to be a real court, with judges controlling their own dockets and being able to adequately prioritize the cases that are ready to go forward versus the cases that need some time, rather than some sort of external law enforcement priorities that are going to dictate which cases are now going to be given priority over others.”

EOIR’s Matthingly did not respond to our questions about Judge Tabbador’s criticism about how the courts are currently managed and run.

U.S. immigration court in San Francisco has one of the biggest backlogs in the country with 68,896 pending cases, second only to New York City and ahead of courts in Los Angeles, Miami, Dallas and Houston.