The oil spill is extensive so far at 126,000 gallons of oil of leaked into the ocean in a 13-mile square area.

Several beaches in Orange County are shut down as crews frantically work to slow the oil's spread. A breach in a pipeline off the coast of Orange County led to the spill. 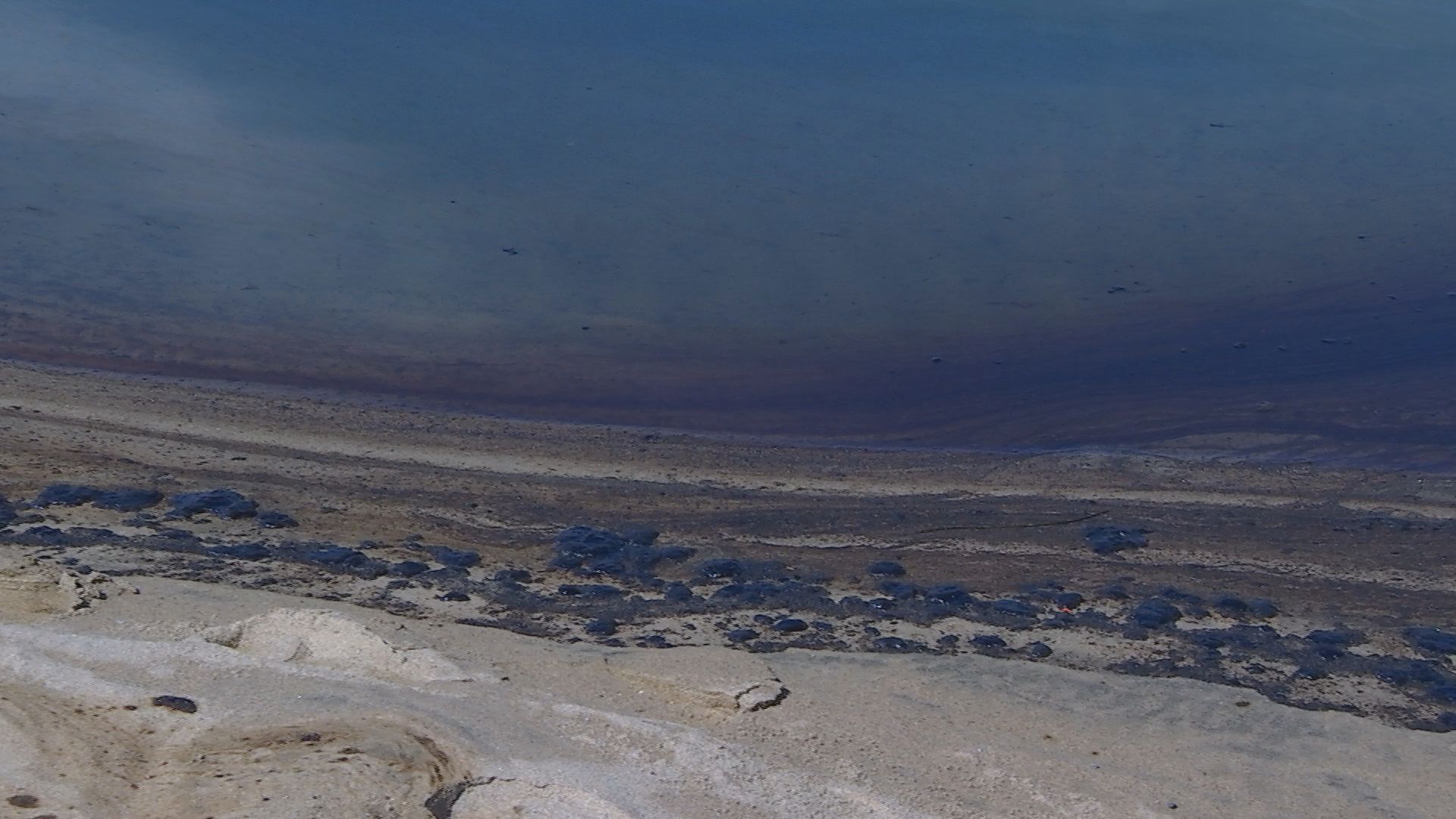 “There’s oil deposits all along the shore and you can see the oil slicks out in the ocean. So we know that there’s going to be a lot more heating or shores over the next few days,” she said.

The leak started Saturday. The pipeline company said on Sunday that it stopped the leak and is still investigating what caused it to fail.

As globs of oil wash ashore the safety of wildlife is a major concern. There are already reports of birds covered in oil.

The Oiled Wildlife Care Network at UC Davis School of Veterinary Medicine is leading the wildlife response. While the Center for Biological Diversity, which has an office in Oakland is responding to assess the impact.

“If birds are covered in oil, they can’t fly. They can’t clean themselves they can’t regulate their temperatures and that could lead to hypothermia and death and in the case of larger mammals,” he said. “We’ve had reports of dolphin swimming through the oil and also whales could have potential breathing problems.”

Officials said it could be months before the ecosystem is restored.

“It is really difficult to provide a precise timeline and we’re still evaluating the complex city and the amount but I would say that this is going to be a sustain and longer-term effort,” said Captain Rebecca Ore with the U.S. Coast Guard.

“We are talking about infrastructure and platforms that are 40 years old,” he said. “They are not meant to last that long. As long as we have old infrastructure in place, this will continue to happen.”