Three women were killed when an Amtrak commuter train smashed into their car in Contra Costa County as they were headed to a fundraiser at a vineyard for a Brentwood resident who died less than a week ago.

The crash occurred Sunday around 1 p.m. in a rural area near Brentwood, about an hour’s drive southeast of San Francisco, the California Highway Patrol reported.

An Amtrak train running through unincorporated Brentwood smashed into a car containing five people Sunday afternoon at a private crossing with no gates, killing three and leaving an adult and a child hospitalized with "major injuries."

The Amtrak train slammed into the car, sending it careening off a long dirt driveway and into another vehicle. The private train crossing has no railroad crossing gates, lights or signals.

Residents told NBC Bay Area Sunday this is not the first time a deadly train accident has happened in the area.

“I know years ago, someone close to one of our family members died here too. So, it's been multiple accidents,” resident Maria Lopes said.

Off-camera, relatives confirmed to NBC Bay Area that the family in the car was attending a memorial to help raise money for funeral expenses of a man who recently died. 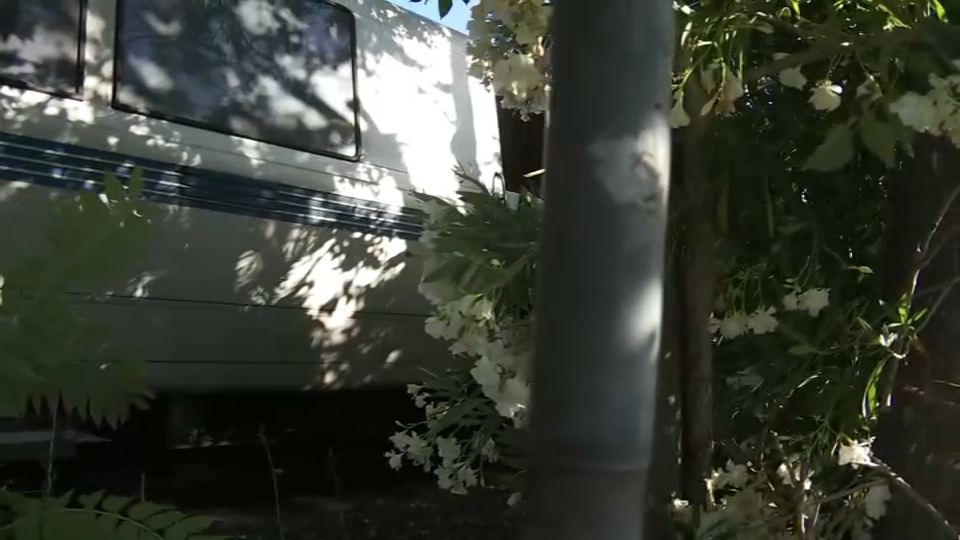 Aubert said Monday there are signs posted on both sides of the tracks warning of fast-moving trains. He said the trains are allowed to go up to 80 mph (129 kph) through that area.

Mitch Bloomfield, who owns the Bloomfield Vineyards property where the fundraiser was held, told the East Bay Times he installed his own signs on each side of the tracks declaring “TRAINS!!” after repeatedly asking BNSF Railway to install a railroad crossing gate with lights and signals.

“I’ve called BNSF countless times to have them put in a crossing there,” he said. “They make a lot of money but they don’t like to spend it.”

“Hopefully now this is more of an important thing,” he added.

None of the 85 people on board the train were injured. The tracks where the collision occurred are owned by BNSF Railway, which is investigating.