Ex-Girlfriend of San Jose Mass Shooting Suspect: “I Was Scared of Him”

The ex-girlfriend of the man authorities say opened fire this morning at a San Jose Valley Transportation Authority yard says she was scared of him and described in court filings being sexually assaulted by him when she turned down his advances.

NBC Bay Area is not identifying her by name, but the Bay Area woman says she hasn’t spoken to suspected shooter Samuel Cassidy since they broke up about 12 years ago.

“I was scared,” she said. “He made a lot of trouble for me. I’ve moved forward.”

In court filings associated with a domestic violence restraining order Cassidy sought against his ex-girlfriend back in 2009, she describes being sexually assaulted and said he had major mood swings caused by bipolar disorder that were exacerbated by heavy drinking.

“Several times during the relationship he became intoxicated, enraged and forced himself on me sexually,” she alleged in the response to his petition for a restraining order against her. 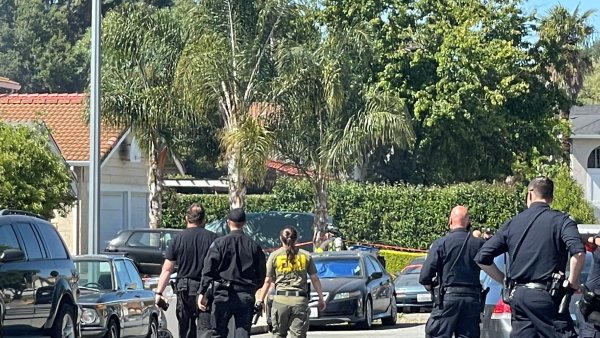 She claims in the filing that while she did willingly have sex with him on several occasions, there were other times when she refused and he attempted to force himself on her.

In his petition, Cassidy accused his ex-girlfriend of threatening to get him fired, harassing his new girlfriend, and damaging a car that was parked in his driveway. His ex-girlfriend denies the allegations.

A judge initially granted a temporary restraining order, but the parties later agreed to settle the case.

NBC Bay Area’s Jessica Aguirre spoke with Gerald Preiffer, the former co-worker of the VTA shooter and talks about his reaction to Wednesday’s mass shooting in San Jose.

In a phone interview with NBC Bay Area, his ex-girlfriend says they dated for six months after meeting on Match.com.

Cassidy told her his job at VTA was stressful, and she says he “complained about his boss.”

She says Cassidy’s demeanor changed after she turned down his marriage proposal just two months into their relationship. She says she told him it was too soon and she wanted to take things more slowly.

“I turned him down and he turned totally different,” she said. “He was angry, screaming, [he stole] my car. He was mean to me.”

“He’s not mentally stable,” she said.

She had not heard the news about the shooting until NBC Bay Area contacted her through her attorney.