In addition to Saturday’s new order on leaving home and clothing, girls are banned from going to school beyond the sixth grade

The U.N. Security Council held emergency closed consultations Thursday on the Taliban’s latest crackdown on Afghan women as it considered a presidential statement that would express deep concern at the new ban by Afghanistan's rulers on women leaving home “without necessity” and wearing head-to-toe clothing when they do go out in public.

The Norwegian-drafted statement would also call for a reversal of policies that restrict the rights of women and girls.

Taliban hard-liners, who came to power last August, have turned back the clock in Afghanistan to their harsh rule from 1996 until December 2001 when they were ousted from power by U.S. forces following the 9/11 attacks in the United States, with girls and women still the main target.

In addition to Saturday’s new order on leaving home and clothing, girls are now banned from going to school beyond the sixth grade, women are barred from most jobs and from boarding planes if they travel unaccompanied by a male relative, and men and women can only visit public parks on separate days.

Norway’s deputy U.N. ambassador Trine Heimerback told reporters before the council meeting that the Taliban’s policies are focusing on oppressing women and girls rather than addressing the country’s “catastrophic economic and humanitarian situation,” which she warned may lead “to violence and radicalization.” 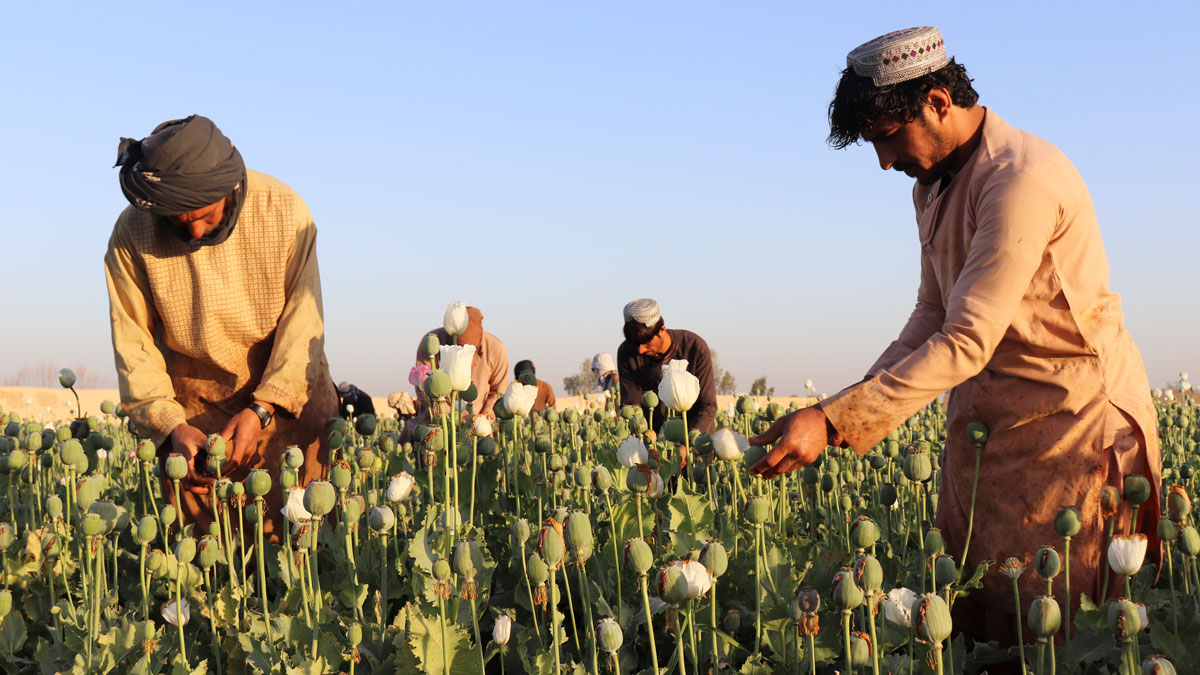 Taliban Clamp Down on Drugs, Announce Ban on Poppy Harvest

It confirms that Afghanistan’s current rulers have “no intention of promoting, respecting or upholding the rights of women and girls, or of honoring the multiple commitments that they have made to Afghan women and to the international community in recent months,” they said.

In addition, the co-chairs said the Taliban’s decision “shows an utter disregard for the council’s clear message that women must play a full, equal and meaningful role in all aspects of public and political life in Afghanistan.”

Ireland’s U.N. Ambassador Geraldine Byrne Nason told reporters women and girls “are now facing some of the harshest restrictions imaginable,” and the international community and the Security Council have “a moral responsibility to act” and condemn Taliban policies that seek to exclude half of Afghanistan’s population.

In the past 20 years women in Afghanistan made progress in education and politics, but international critics are skeptical that the Taliban will keep promises to respect the rights of women and girls. The Taliban had said it would open high schools for girls but recently backtracked on that decision. We hear from Rina Amiri, a former Obama administration adviser for Afghanistan and Pakistan now at New York University.

Britain’s U.N. Ambassador Barbara Woodward said that over the last 20 years women have had opportunities for education, work, deciding about their own future, and to be part of “a thriving cultural environment.” Before the Taliban took over, she said, 3.6 million girls were in school, a quarter of the seats in parliament were held by women, and women comprised 20% of the workforce.

“And now the Taliban is seeking to strip all of that away,” Woodward said, stressing that women shouldn’t have to accept “a life banished to the sidelines.”

She told reporters after Thursday’s closed-door council meeting that ambassadors discussed activities of the U.N. political mission in Afghanistan, “but really focusing on the situation for women and girls.”

Asked about prospects for the Security Council agreeing on the presidential statement, Woodward said, “I very much hope that very shortly we’ll be able to agree a product that expresses our collective agreement and concern about these latest developments.”

A new NBCLX/YouGov poll on refugees shows stark contrasts in attitudes toward refugees from Ukraine compared to other war-torn areas of the world like Afghanistan and Syria. NBCLX Political Editor Noah Pransky joined LX News to talk about the data on Americans' attitudes toward welcoming refugees.
Copyright AP - Associated Press