San Francisco District Attorney Chesa Boudin will officially be forced into a recall election on June 7, 2022 during California's statewide primary, according the city's top election official.

“Today the Department of Elections certified that the petition to recall District Attorney Chesa Boudin contains a sufficient number of valid signatures and that the petition is successful,” wrote Director of Elections John Arntz, who sent a letter to petition organizers on Tuesday notifying them of the conclusion of the certification process. 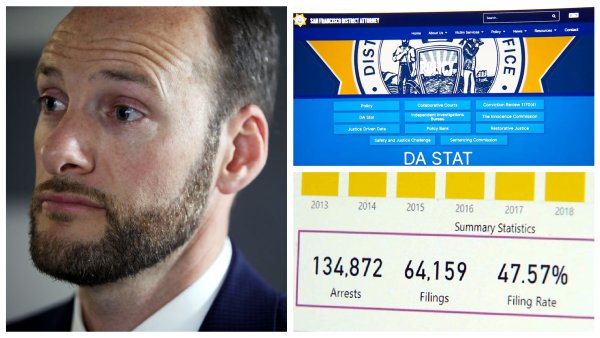 Last month, the Investigative Unit broke news that organizers hoping to oust Boudin submitted more than 83,000 signatures to election officials in hopes of holding a recall election during next June’s Primary – that was roughly 32,000 more signatures that what is required to put the issue on the ballot.

Last month, Boudin seemed to hint the recall was inevitable by holding his own anti-recall rally.

He told supporters he has followed through on his campaign promises, including reducing the number of juveniles in jail.  He also vowed to fight the recall effort.

Shortly after news of the recall effort broke on Tuesday, Boudin's supporters issued a statement, calling the effort "radical," adding the campaign to oust Boudin was the result of "shady and misleading tactics."

"We are confident San Francisco voters will reject this Republican-funded and endorsed effort," wrote Julie Edwards, spokesperson for the group 'Friends of Chesa Boudin Opposing the Recall.'

"This recall effort is an attempt to reverse the reforms DA Boudin has enacted to keep us safe and make the criminal justice system fairer," the statement said.

Boudin's opponents are quick to pounce on the notion that the recall effort is Republican led, pointing to the fact that there are only 33,000 registered Republicans in the city and, yet, more than 83,000 San Franciscans signed the petition to put the recall issue on the ballot.

"It is time to put that tired talking point to bed," said Mary Jung, a former San Francisco Democratic Party chair, who released a statement as one of the leading organizers of the recall campaign. "The fact is we have support from hundreds of volunteers from across San Francisco and the vast majority of our more than 600 donors are Democrats, decline to state, and no party preference voters."

If San Franciscans decide to fire the district attorney, Mayor London Breed would be responsible for appointing an interim replacement until a permanent district attorney could be elected next November.