BART and the transit agency's two biggest unions will continue contract negotiations today, just hours after a judge ordered a cooling off period that prevents workers from striking for the next 60 days.

San Francisco Superior Court Judge Curtis Karnow said this morning at a special hearing that a work stoppage by BART employees would substantially disrupt public transportation and threaten the safety and welfare of Bay Area residents.

Gov. Jerry Brown on Friday filed a petition requesting the court order, which prevents a strike and also prevents the transit district from locking out its workers any time before midnight on Oct. 10.

Representatives for BART and its unions Service Employees International Union Local 1021 and the Amalgamated Transit Union Local 1555 voiced no objection to the court order, which Karnow said he would sign by the end of the day.

Workers had threatened to strike on Monday over key issues, which continue to be wages and employees' contributions for their health and pension benefits.

San Francisco Mayor Ed Lee issued a statement praising Brown for taking action to avoid another strike, about a month after BART employees walked off the job during the first week of July and crippled Bay Area commutes for four days.

"I applaud Gov. Brown for taking the steps necessary so that Bay Area residents will not endure another unbearable BART strike, including ordering a court-approved 60-day cooling off period," Lee said.

"A BART strike is not just an inconvenience anymore, but will cause undue hardship for many," he said.

A spokesman for SEIU Local 1021, which represents 1,430 mechanics, said union representatives are preparing to return to the negotiating table later today and reviewing the latest deal proposed by BART management late Saturday night.

"We need to go through it," spokesman Des Patten said. "We've got a lot of work to do."

Patten said that even though union representatives made no objection to the cooling off period at this morning's hearing, the delay has the potential to slow down negotiations.

"It delays things for us," Patten said. "Unfortunately, it takes some of the pressure off to get things done."

Contract negotiations between the two parties were scheduled to continue today at Caltrans headquarters in Oakland at around 1 p.m., BART spokesman Rick Rice said.

If no agreement is reached before the end of the 60-day cooling off period, workers will then have the right to strike at any time.

“I applaud Governor Brown for his decisive action so that the people of the Bay Area will not endure a debilitating BART strike on Monday. I support the Governor’s appointment of a Board of Investigation, staffed with proven professionals who can help move this dispute toward resolution. I continue to urge both BART union and management leaders to reach an agreement that honors the work of BART workers and sets BART on a path of fiscal responsibility and sustainability, as quickly as possible. 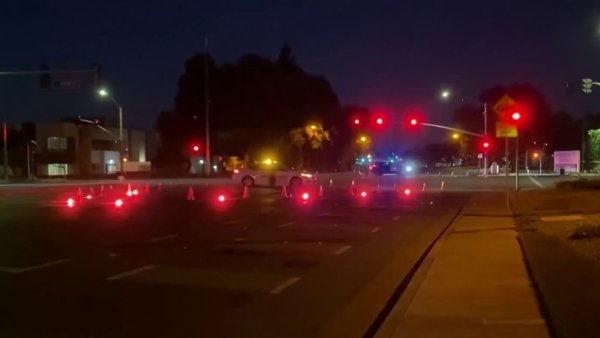 race for a vaccine 5 hours ago

Will We Need Booster Shots to Keep Up COVID-19 Immunity?

Our Bay Area transit agency carries hundreds of thousands of people every day to get to work, to go to school and to travel around our region. A strike would not only have a negative impact on our entire regional economy, but it would undoubtedly hurt working families. These are people who did not have a voice over the last several months during non-conclusive negotiations and they certainly did not have a voice during the last four and a half day strike that caused, not just inconvenience, but a significant hardship for many.

The riding public is and must remain our number one priority as all parties work to resolve this dispute.”