Oregon’s Bootleg Fire grew to 624 square miles — over half the size of Rhode Island. However, authorities said higher humidity Wednesday and overnight and better conditions allowed crews to improve fire lines. The fire also was approaching an area burned by a previous fire on its active southeastern flank, raising hopes that a lack of fuel could reduce its spread and the forecast was for favorable firefighting weather again Thursday.

“Fire crews and support personnel have made significant progress in containing this fire in the last few days,” Joe Prummer, incident commander trainee of Pacific Northwest Incident Management Team 2, said in a statement. “However, we still have a long road ahead of us to ensure the safety of the surrounding communities.”

The Oregon fire, which was sparked by lightning, has ravaged the sparsely populated southern part of the state and had been expanding by up to 4 miles a day, pushed by strong winds and critically dry weather.

The blaze, which is being fought by more than 2,200 people, is now more than one-third contained.

On Thursday authorities said at least nine people working the fire had tested positive for COVID-19.

The Oregon Department of Forestry said people who test positive are quarantined away from the main fire camp. Also, people who report symptoms and anyone who worked closely with them is tested and isolated until results are returned.

At least 2,000 homes were ordered evacuated at some point during the fire and an additional 5,000 were threatened. At least 70 homes and more than 100 outbuildings have burned, but no one is known to have died.

Meanwhile, the Tamarack Fire south of Lake Tahoe had burned more than 78 square miles of timber and head-high chaparral in national forest land. It erupted July 4 and was one of nearly two dozen blazes sparked by lightning strikes.

More than 1,200 firefighters were battling the Alpine County blaze, which has destroyed at least 10 buildings, forced evacuations in several communities and had closed parts of U.S. 395 in Nevada and California. Fire officials expected active or extreme fire behavior on Thursday, which could see 14 mph winds and temperatures approaching 90 degrees Fahrenheit. 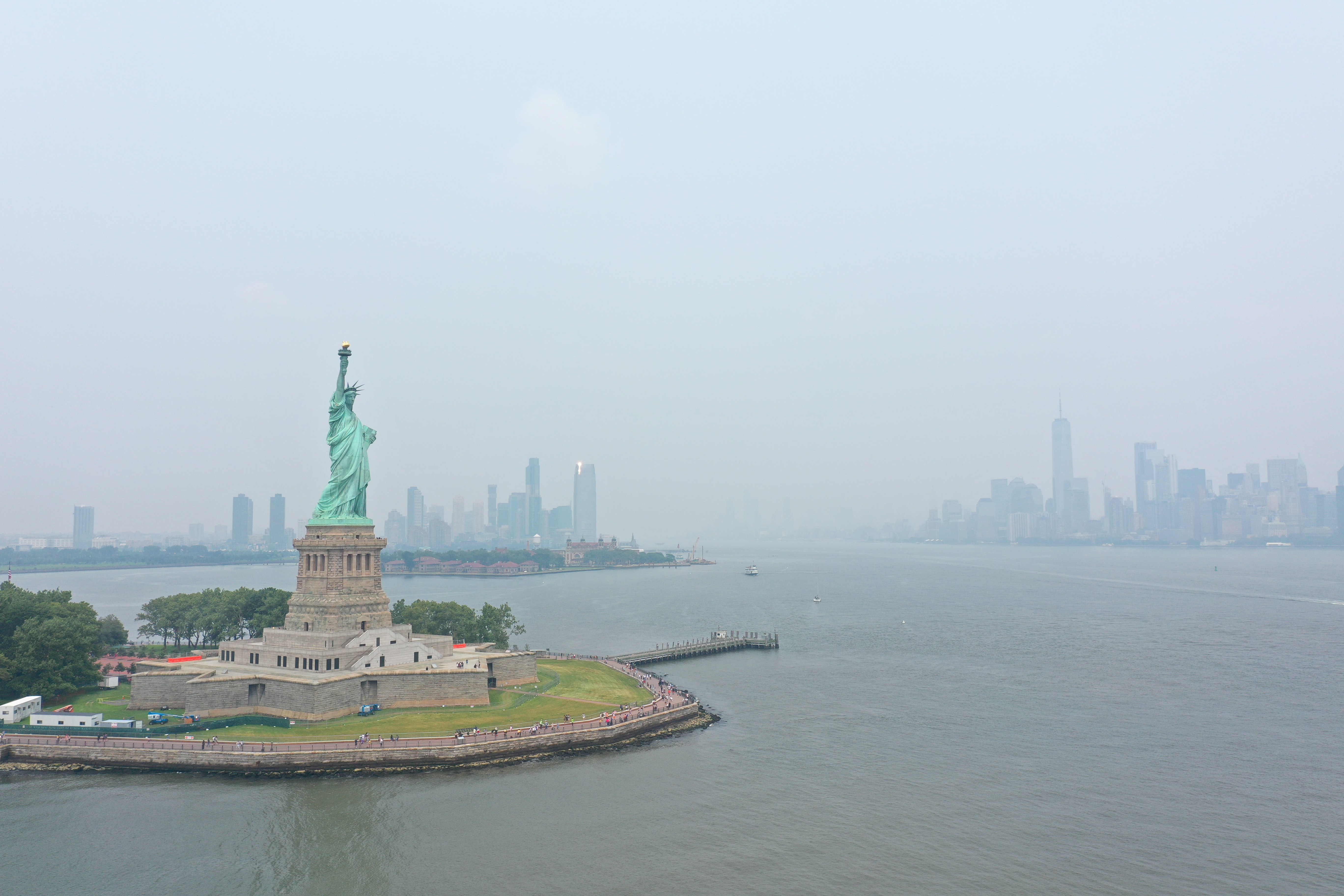 Wildfire Smoke Has Spread Over Much of the Continent. Who's at Risk? A request for voluntary evacuations was also issued for portions of Douglas County, Nevada. An evacuation center was set up at a community center in Gardnerville, Nevada.

Bill Beidler, an evacuee from Woodfords, California, said: “We’ve been suppressing fires for so many generations, when we get one, this is what we get. Everything burns. People are losing their homes and everything.”

To the northwest, the summer fun of boating and bathing came to an abrupt end for vacationers at Lake Almanor as the Dixie Fire spread up the west flank of the Sierra Nevada, expanding to more than 162 square miles. The west shore of the resort lake and many other small communities were under evacuation orders.

Meanwhile, Oregon on Wednesday banned all campfires on state-managed lands and in state campgrounds east of Interstate 5, the major highway that is commonly considered the dividing line between the wet western part of the state and the dry eastern half.

Extremely dry conditions and recent heat waves tied to climate change have made wildfires harder to fight. Climate change has made the West much warmer and drier in the past 30 years and will continue to make weather more extreme and wildfires more frequent and destructive.