The latest news on the 2020 presidential election
Amy Klobucahr

Klobuchar Surged in New Hampshire. Can She Make It Count?

It took a year of campaigning, countless stump speeches and an especially strong night on the debate stage for little-known Democratic presidential hopeful Amy Klobuchar to break into the top tier of the 2020 campaign in New Hampshire.

Now she has less than two weeks to make it count.

The Minnesota senator on Tuesday immediately worked to turn her better-than-expected night into enough momentum to be competitive in next-up Nevada and beyond. For Klobuchar, that means consolidating establishment and moderate voters, picking up traction with black and Latino Democrats and introducing herself to most everyone else. 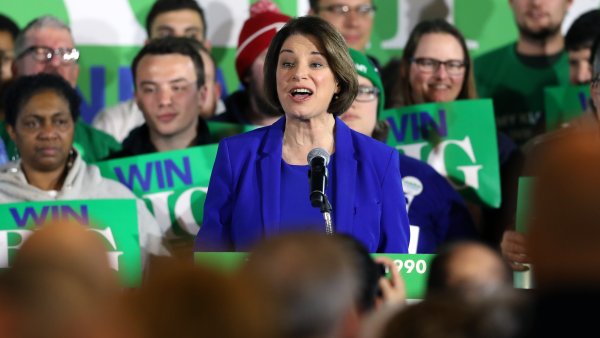 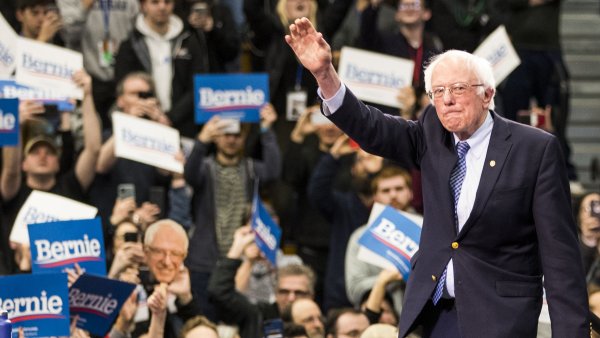 “Hello, America!" she yelled over a cheering crowd at a campaign party in Concord as she was on track to finish in third place. “I'm Amy Klobuchar, and I will beat Donald Trump."

A third-place finish in New Hampshire counted as a victory for a candidate who spent much of the campaign boasting about being in the “top five” of the crowded field. Klobuchar used the moment to put her no-nonsense appeal in the spotlight. She spoke of growing up the granddaughter of an iron ore miner, becoming the first female senator from Minnesota and defying expectations in the 2020 race. She pledged to take her green campaign bus to Nevada and around the country and to win the nomination.

But Klobuchar's quest is still an uphill climb. The senator has focused almost all her time and campaign resources in Iowa and New Hampshire, building only spare operations in the states that follow on the primary calendar. She has polled poorly among minority voters, a big obstacle in more diverse states like Nevada and South Carolina. Although she will likely see a bump in support, a surge of donations and new media attention, Klobuchar's challenge is to set up the infrastructure to capitalize on her moment. 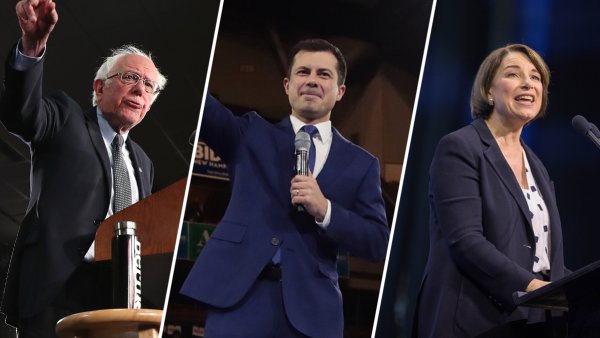 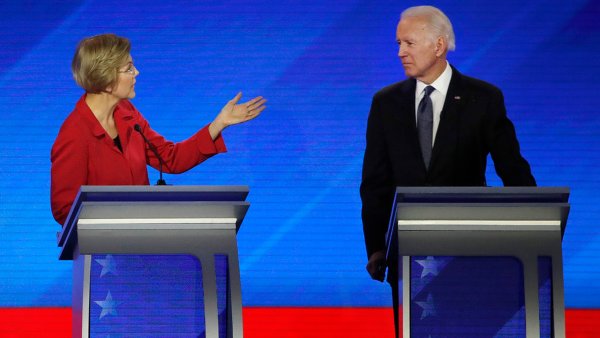 What's Happened to Warren, Biden? Dismal Showings and Questions About the Future

She's starting from behind. Klobuchar's Nevada team wasn't hired until last fall and numbered fewer than a dozen until the campaign redeployed staff from Iowa last week, giving her about 30 people on the ground. Sanders, who essentially tied Buttigieg in Iowa, has been organizing in Nevada since April 2019 and has more than 250 staffers in the state. Biden has more than 80, Buttigieg has about 100 and Massachusetts Sen. Elizabeth Warren has more than 50.

Klobuchar is now hoping the appeal that worked for her in New Hampshire will have a similar impact in Nevada on Feb. 22. The three-term senator campaigned as someone who has won even in conservative areas and who could draw support from Democrats, independents and disaffected Republicans to beat Trump. She also points to her record of getting things done in Washington and argues that proposals like “Medicare for All,” backed by Sanders and Warren, are nonstarters in the Senate.

But it was Klobuchar's debate performance that appeared to have the biggest impact on her showing Tuesday. More than half of Klobuchar's supporters made up their minds in the last few days, according to AP VoteCast, a survey of more than 3,000 Democratic primary voters in New Hampshire conducted for The Associated Press by NORC at the University of Chicago.

Klobuchar went on the attack against Buttigieg and delivered a passionate closing promise to fight for the voters who don't feel seen or heard by politicians in Washington.

Those selling points helped convince voters like Linda Muchemore, a retiree from Greenland, New Hampshire, who settled on Klobuchar last week after leaning toward Warren.

Klobuchar's record in the Senate “spoke to me of somebody who could maybe heal the animosity we have,” Muchemore said. ”I found out that I’m not as liberal as I thought I was. Those moderate plans that Amy has speak more to me than Elizabeth’s more radical, Bernie plans.”

Klobuchar's late surge over Warren was a surprise twist in the race. Warren, from neighboring Massachusetts, has been leading in the polling, but both women have struggled to convince voters that a woman can win. On Tuesday night, Warren congratulated Klobuchar — “my friend and colleague” — and noted how wrong pundits are “when they count us out.”

Klobuchar responded to “my friend Elizabeth” soon after.

“People told me just like they told her that they didn’t think a woman could be elected," she said. “In my case it was elected to the U.S. Senate. No woman had ever done it before. But I came back, I defied expectations, and I won.”

For much of the race, Klobuchar has lagged toward the back of the pack in fundraising and had just under $5 million in reserve at the end of 2019 –- far less than all other leading contenders. Her goal coming out of Friday’s debate was to raise $1 million, a lifeline that would allow her to forge on in contests ahead. She quickly reached that amount and, to her own surprise, she doubled it within 24 hours. By Tuesday, her campaign said that sum had climbed to $4 million –- and was still going up.

That post-debate haul is in line with the $4 million Buttigieg raised in the days after landing at the top, along with Sanders, in the Iowa caucuses last week. The money will help pay for ads in Nevada and South Carolina, which holds its primary the week after Nevada, and to beef up the campaign in the March 3 “Super Tuesday” contests, when the largest number of delegates are up for grabs of any date on Democrats' calendar.

Unlike the other leading contenders in the race, Klobuchar is the only candidate who is not getting extra help from a super PAC or outside group, which can raise and spend unlimited sums so long as they do not coordinate advertising spending decisions with the candidate they support.

In contrast, a super PAC called Unite the County has spent over $6 million on advertising amplifying Biden’s message. The group VoteVets has spent a minimum of $1.6 million on ads backing Buttigieg, according to the Federal Election Commission. Sanders, too, has drawn support from a network of “dark money” nonprofit groups, which don’t have to reveal their donors and won’t have to disclose full spending figures until after the election. And Warren is backed by the Progressive Change Campaign Committee, which is not operating a super PAC to support her but serves as a surrogate voice and routinely attacks Buttigieg and Biden.

Much of Klobuchar’s support, meanwhile, comes from donors in her home state of Minnesota, who account for the lion share of her presidential fundraising, according to campaign finance disclosures, which only provide information about donors who give over $200. She also supplemented her presidential run with a $3.5 million transfer from her Senate campaign account, records show.

Klobuchar is scheduled to be in Nevada starting Thursday, when she will participate in a town hall sponsored by the League of United Latin American Citizens.