Here's a list of services and events in the Bay Area that are announcing changes due to coronavirus fears. Visit NBC Bay Area's coronavirus page for continuing coverage. 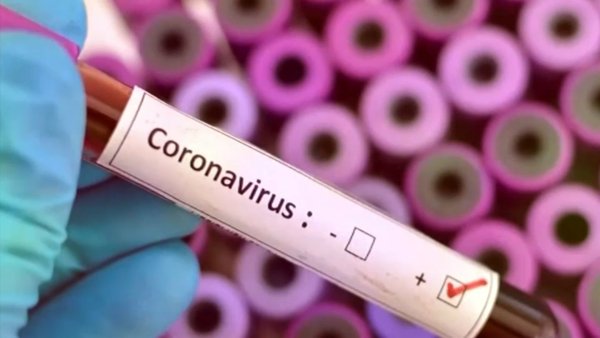 March 11 - All BroadwaySF productions at the Orpheum and Golden Gate Theatres have been canceled through March 25. Details here.

San Francisco issued a moratorium on large gatherings of 1,000 or more to slow spread of coronavirus.

Amazon says it is canceling its annual AWS Summit scheduled for April 14 at Moscone Center in San Francisco. Details here.

The City and County of San Francisco has banned "non-essential group events" at any city-owned facilities for the next two weeks because of concerns about the spread of coronavirus, according to an order signed by the county's top health officer.

March 6 - Organizers of San Francisco's St. Patrick's Day Parade say they are postponing the event. No updates yet on when the parade will be held.

The American Lung Association in California's Fight For Air Climb, scheduled for March 7 has been canceled.

March 7 - The Walt Disney Family Museum is closing March 6 until further notice due to coronavirus concerns.

The 2020 Black Cuisine festival was cancelled as a "public health and safety precaution to reduce the spread of COVID-19."

2020 Tulip Day was cancelled "due to coronavirus concerns (and rain, probably)."

All San Francisco Symphony concerts at Davies Symphony Hall through March have been canceled.

All San Francisco Ballet performances have been canceled from March 7 through March 20.

California's Great America in Santa Clara will postpone its park opening this season until Saturday, April 4.

March 12 - In an effort to protect the health of its employees, volunteers and the wider community, The Tech Interactive has decided to close to the public until April 1. Details here.

The Winchester Mystery House will be closed until April 1. All Flashlight Tours, previously scheduled for March 13-14, have been rescheduled for May 15-16.

March 11 - The San Jose Sharks announce they will play their remaining home games in March without any fans. The San Jose Earthquakes postpone their home match scheduled for March 21. Details here.

March 6 - Santa Clara City Library has canceled all programs through March 15 and extensions will be decided on a week to week basis. For more information, visit SantaClara.gov.

The Children's Discovery Museum of San Jose will be closed until March 10. The museum said in a Facebook post that an employee may have been exposed to coronavirus and is awaiting results.

March 9 - The San Jose Chamber Orchestra announced it is canceling its March 29 performance.

March 5 - The San Bruno Senior Center has been temporarily closed after potential coronavirus exposure at the facility.

Celine Dion's concert at Oakland Arena scheduled for April 9 has been postponed, one of 14 stops on the North American leg of her Courage World Tour to be affected by the coronavirus.

March 12: An annual book festival in Berkeley is the latest event to be canceled out of concerns about the novel coronavirus. The Bay Area Book Festival had been scheduled for May 2-3, but will be canceled for the year. The festival plans to return on May 1-2, 2021.

March 11: The City of Oakland is banning events of 1,000 people or more at city-owned venues due to coronavirus concerns.

March 18 - BottleRock Napa Valley has been rescheduled for the weekend of Oct. 2-4, 2020 at the Napa Valley Expo. All headliners are confirmed for the rescheduled dates and organizers say all passes will be valid for the new dates.

March 13 - Six Flags Discover Kingdom in Vallejo have suspended operations until the end of March, at which time the theme park will re-evaluate the situation.

The city of Santa Rosa is suspending or canceling most of its events and programs through the end of March. This includes all city-operated recreation programs and classes and all city-organized events or events at city-owned properties, as well as all special event permits, park permits and picnic reservations.